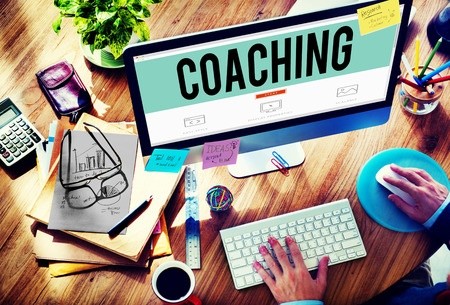 Recently, I was asked to do some training for a group of first-time supervisors.  The company wanted to focus on the skills and processes necessary for the supervisors to coach their staff.  The organization was enjoying a growth spurt and many of the staff were also new to the organization.  As such, some were making goals, some were not and morale was beginning to drop. (See “Keeping Motivation High During a Project”)

In researching, I was surprised to see that the HR community considered coaching different than mentoring.  Not being a wordsmith like my sister, I tended to use the words interchangeably.

For me – whether coaching or mentoring – I was improving the skills and abilities of whomever I was talking with.  That’s true and yet there are subtle differences which should not be ignored.

Let’s start with basic definitions.  The Cambridge Dictionary defines the role of coaching and mentoring as follows:

A coach is an ​expert who ​trains someone ​learning or ​improving a ​skill, esp. one ​related to ​performing.

A mentor is an ​experienced and ​trusted ​person who gives another ​person ​advice and ​help, esp. ​related to ​work or ​school, over a ​period of ​time

Hmmm…. they sound similar.  Both are experts in their field (Remember, that an expert is someone who knows more than you.  We’re all know more than someone else, hence we’re all experts at something.)  Both seem to be imparting knowledge to someone.

Maybe they aren’t different.  Maybe it’s a way of teaching.

I did a bit more research on basic definitions and found the Wikipedia addressed both coaching and mentoring in their definition of coaching:

Coaching is training or development in which a person called a coach supports a learner in achieving a specific personal or professional goal. Occasionally, coaching may mean an informal relationship between two people, of whom one has more experience and expertise than the other and offers advice and guidance as the latter learns; but coaching differs from mentoring in focusing on specific tasks or objectives, as opposed to general goals or overall development.

OK, that made sense. Wikipedia explained the difference in the scope and focus of the individual and ultimately in the final results sought.

Coaching is focused on the performance of an individual and achieving set goals and skills, while mentoring is more about the overall development of someone who wants to achieve specific goals in their life.

Coaching is typically on of the tools employed when an employee is not meeting basic expectations.  Mentoring is one of the tools used by an employee when they want to move ahead in their career path.

Coaching is part of being a supervisor or manager.  It comes with the job.   As a mentor, it’s a choice.

“The delicate balance of mentoring someone is not creating them in your own image, but giving them the opportunity to create themselves.”   Steven Spielberg

Medication Adherence: Everyone Wins with the Right Strategy
8 December 2022
Where does PX begin? 
17 November 2022
The Benefits of Moving a Healthcare Contact Center to the Cloud 
14 November 2022
PACE ACX Recap 
19 October 2022
Using Data to Improve the Patient Experience
18 October 2022