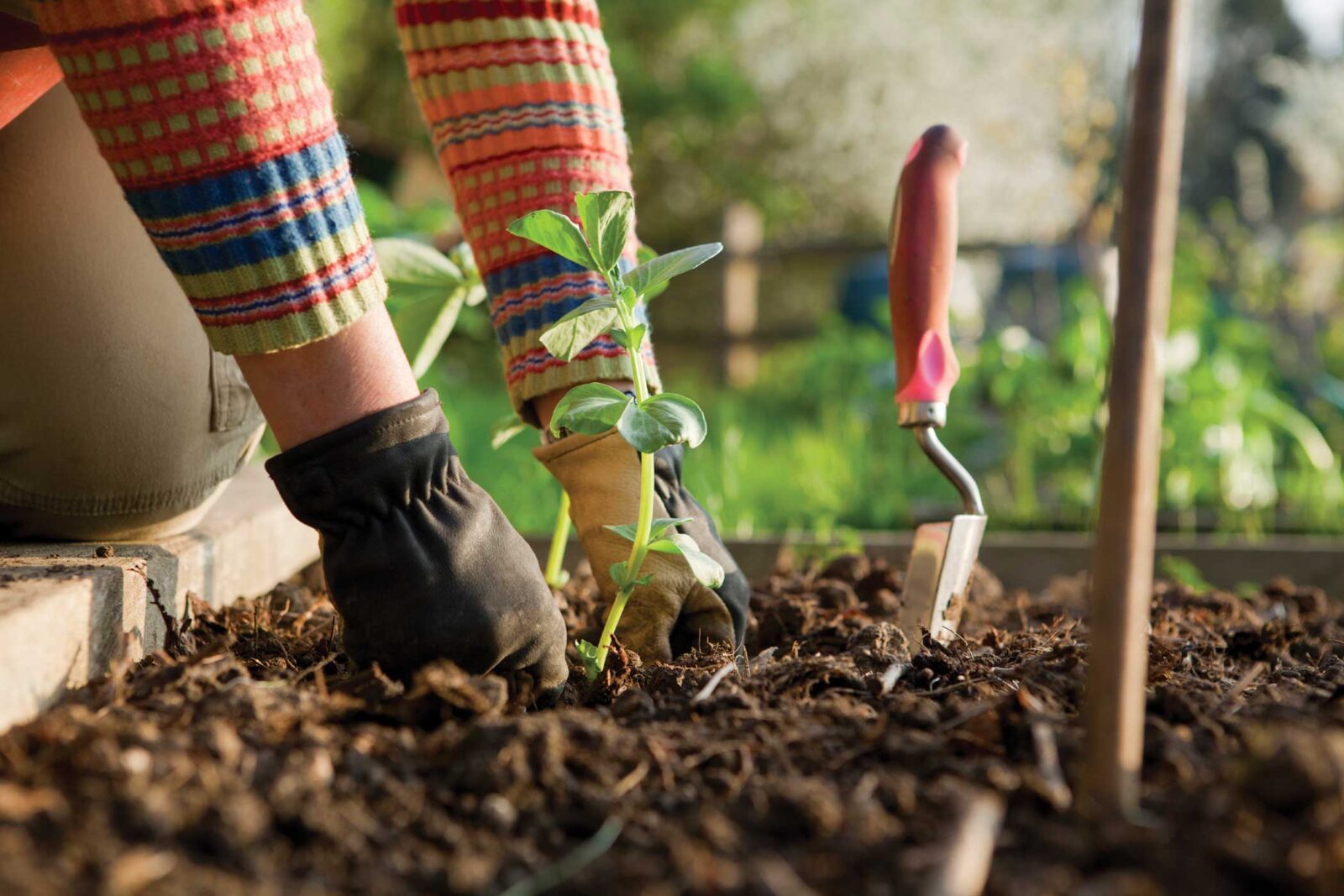 Keeping Motivation and Enthusiasm High During a Project

Over the weekend I was in my garden, spending some much needed time weeding. It is a fairly large area and I tend to let it go because it takes a couple of hours to do the job right and besides – I hate weeding.

I had all the tools ready. Sturdy gloves to keep my hands relatively clean, a hand trowel to attack the soil, a bucket for the weeds, and a cushion to kneel on. As I started with a trowel in one hand to loosen the soil and the other hand pulling out the weeds, it was fairly simple. The soil was easy to get through and my enthusiasm was high for the project and I had a system that was moving me right along.

About a quarter of the way through the bed, I noticed the soil was getting much harder to go through. I had put my weight behind digging into the weeds to loosen them, then put the trowel down and pull out the weeds. They sun came out, making me hot and tired. My process slowed considerably and my enthusiasm became non-existent. I had to force myself to continue. I kept thinking of things I would rather be doing, but I persevered.

In the last third of the bed the soil loosened up again and my speed increased. I could see the results behind me and the end was in sight. My time had been well spent and I was excited to see the end result.

As I was cleaning up, I thought about the various projects I had managed over the years – whether it was installing new software, preparing the annual budget or consolidating two sites and how my morning of weeding was similar to managing those projects.

In the beginning of a project there is a lot of excitement and enthusiasm with you and your team. The energy level is high and the staff is excited to be part of a new project.

Somewhere about a third of the way in, the responsibility of the additional duties, the snags that all projects seem to go through and the lack of resources begins to take its toll. Members of your team begin to lose their enthusiasm for the project.

How do you keep the motivation high to get both them and yourself through the project to complete it successfully? In my opinion, this is the most critical step in ensuring a successful project.

There are many ways to do this and many books have been written about it. Over the years I have learned to rely on the following simple steps.

Many times you are given team members you are required to work with. They have the expertise that is crucial to the project’s success or they are the members of a department that is most affected.

Bring in other members to round out the team. The key is to have a group powerful enough to help pilot the project and attain results. Your team should consist of someone with leadership skills, credibility and have the ability to communicate clearly.

If you are missing these skills in your required team, try to bring in one or two to round out the skill sets of all members.

It sounds simple, but this is one of the most crucial steps to motivating your team. As your team gets into the drudgery of the project, maintaining their own work and dealing with the myriad of problems that a project tends to produce, they will get bogged down with the volume of work that still needs to be done.

Communication is the key to keeping them motivated. Various types of communication may be involved and can include verbal, written, electronic and face-to-face interactions. When your team is kept informed, they feel empowered and motivated to keep producing.

As the leader, make sure they are communicating with their staff. One in five projects fails due to poor communication. Don’t let yours be one of them.

When I was bogged down with the weeding, one of the few things that kept me going was appreciating the success of what I’d already achieved.

Seeing results that succeeded keeps all of us motivated. Everyone wants to be part of success. It makes us feel effective and valuable. When you’re creating your game plan for the projects, make sure you have some short term wins that can be built in and then celebrate them.

Of course there are other steps that are needed to achieve a successful project, but over the years I’ve found that if I can keep my team motivated, energized and enthused, my chances for success quadruples.