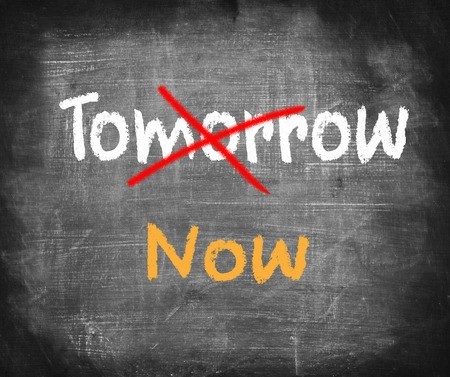 In psychology, decision-making is regarded as the cognitive process resulting in the selection of a belief or a course of action among several alternative possibilities. Every decision-making process produces a final choice that may or may not prompt action.

Wow, a mouthful. The key words here are “every decision-making process produces a final choice that may or may not prompt action.” Each day we make dozens of decisions. Many are done quickly and unconsciously. Other decisions take forever to make and then we still second guess ourselves.

A decision needs to be made. How do you do it? Some make decisions by accumulating more data, more analysis, and more recommendations. Others put committees together and the majority rules. Still others toss a coin.

We’ve heard these or similar our entire career. If we are a certain type of person, we may have even pointed it out to others, especially if they are higher on the food chain.

Hey, Boss, make a decision and move on, please.

Thank goodness, that isn’t me. Or is it? People who don’t or won’t or can’t make a decision tend to put off the decision making by employing one of several gambits.

The first is being afraid of failure. I believe Zig Ziglar said “Remember that failure is an event, not a person” No one wants to fail, yet failure is a stepping stone to success. As a young man, Abraham Lincoln went to war a captain and returned a private. Henry ford failed and went broke five times before he succeeded. And finally, as an inventor, Thomas Edison made 1,000 unsuccessful attempts at inventing the light bulb. When a reporter asked, “How did it feel to fail 1,000 times?” Edison replied, “I didn’t fail 1,000 times. The light bulb was an invention with 1,000 steps.”

The second thing to watch for is wanting to win the popularity contest. This isn’t going to happen. By definition, decision s divide and there is no getting around that. Someone will not be happy. Get over it and move on. You don’t own your own business by making everyone else happy.

Finally, is the paralysis by analysis obstacle? You can easily put off or avoid a decision by forming committees, acquiring data, performing research, doing polls and a hundred other things that can postpone the decision making process until you have a 100% certainty that you are making the right decision.

Guess what. After all that. After putting off a decision indefinitely until you are either forced into it or ignoring it or talking it to death. You still have made a decision.

Your decision was to do nothing. Whether that is the right decision or not, only time will tell. But you made your decision. Now move on.