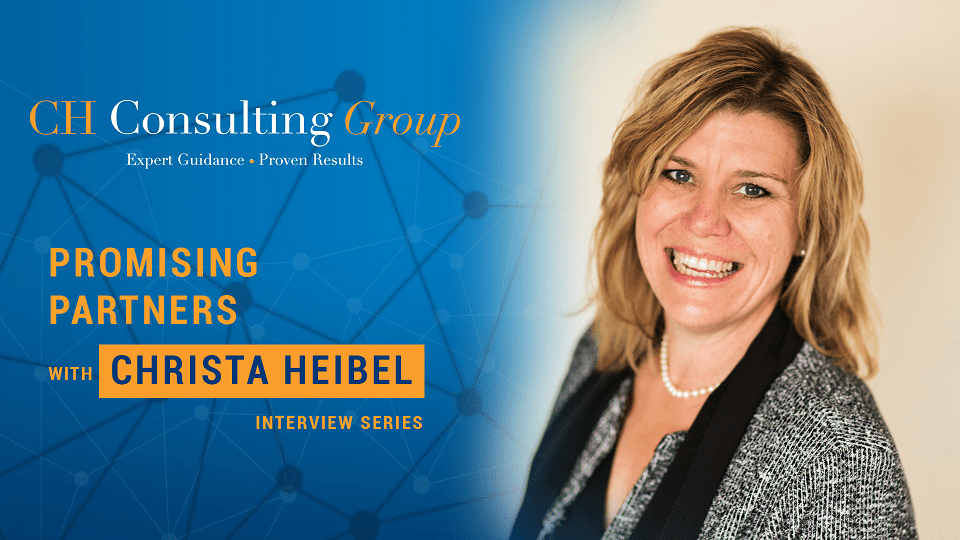 This video series is an opportunity to talk to inspiring people. Leaders driven to make a difference. We have the unique opportunity to ask these leaders what motivates them, what scares them, and what matters most to them? We are not only discussing the exciting initiatives that have grabbed our attention, we get to introduce you to the people behind the brand. So come with me on this journey of getting to know our first Promising Partner, Mike Dershowitz.

Who is Mike Dershowitz?

Mike Dershowitz is a social impact entrepreneur of 20 years; he has a degree in International Relations & Affairs from George Washington University combined with 11 years as a business entrepreneur. Mike has an extensive background in technology strategy which has paired well with his current endeavor as founder and CEO of Fair Trade Outsourcing.

Mike takes pride in mentoring entrepreneurs to inspire them to create companies of tomorrow that will also make social and economic progress for themselves, their employees, and their communities. His whole business is organized to create an environment for peak performance from agents and managers.

What lead you to where you are today?

Like so many business owners in the market today, Mike’s journey as an entrepreneur has not been at all linear. With a diverse business industry background, Mike has been gathering knowledge and experience that has lead to his current successes. His entrepreneur philosophy is really wrapped around the concept of fair trade. Though the fair trade movement, in particular, came out of the post-war era and applies specifically to the developing world, but to Mike, this movement still actively applies to the work he is doing today.

“How do we as entrepreneurs and business professionals create fair trades between everyone so that we can all prosper?” Mike Dershowitz

What do you mean by fair trade?

Fair trade is the trading between companies in developed countries and producers in developing countries in which fair prices are paid to the producers.

Mike makes a good example: “As a consumer of (coffee), if I am willing to pay $4.00 USD for a cup of coffee at Starbucks. Who is producing that coffee and what are they getting paid for the (beans) that go into each cup?”

What does fair trade mean for living wages and how does the fair trade model impact your business?

Mike states that if the person that produces the (coffee beans) is going to live a sustainable and dignified life, you can’t possibly continue to pay them the market-rate for (coffee) because distributors are still trying to pay the very least for the products they distribute.

Mike provides a unique view of the contact center world, in that the agents are the independent producers and the BPO owners are the distributors. Even though as a CEO, Mike needs to get the best performance from his agents, he also wants them to receive the best. This focus on Agent Prosperity allows each agent to view each call as being one step closer to their own economic prosperity.

What does Agent Prosperity mean in your business?

Agents are not just a unit in production. The contact center industry tends to dehumanize and anthropomorphize agents and the role that they play in achieving an excellent customer experience. Mike proposes that rather than focusing on the customer journey, BPO’s should be focusing on the agent journey. This means inside the confines of their work life, but also what they need personally in order to not just survive but thrive.

Mike shares that they invented Fair Trade Outsourcing to solve the chronic problems of high-attrition and low quality, which focuses not just on what we can do for the agents INSIDE the workplace, but also by promoting economic and social progress OUTSIDE of the workplace. The first of FTO’s  3-part Agent Journey begins with meeting the agents basic needs. This means providing a living wage income, free health care, optimized transportation, and a trustful work environment.

What are some of the unique ways that you impact your employees lives?

Refrigerator Program – for so many living in the developing world (or even in some places in the United States in lower-income brackets) people still face food insecurity. This means that they do not have access to a sufficient quantity of affordable and nutritious food. Families that are in and out of poverty have to choose which durable good they spend their money on which meant that many low-wage earners do not have refrigerators at home. This meant that they spent more of their money on food than a higher wage earner (a voice agent, for example).

Mike and his team decided that in order to create a more stable environment for the agents at work, they needed to provide an impact at home in the form of a free refrigerator, now every other week. Even though the cost of a refrigerator in the Philippines is only $300, the impact on the agents has recovered that investment 10-fold.

Examples of FTO’s other impact stories:

Mike’s goal with Fair Trade Outsourcing is to support middle-class wage earners in order to grow a new generation of capital owners whose businesses indirectly benefit their community. They do this in many creative ways, but some of the larger efforts include providing zero-interest micro-loans for business as well as private transportation.

What are your Leadership's roles in the analytic side of your BPO business?

Fair Trade Outsourcing model of leadership is to create the terms under which the agents can not only be successful but also operate at their peak. Through Mike’s custom Agent Bill of Rights agents and supervisors are protected and feel more safe and secure in their work environment.

Numbers 5 and 10 are the most important when pertaining to the topic of leadership because they invert the typical leader>agent relationship to ensure better job security and as a result better work performance. When you hold the managers accountable before the agents, you get a more trustful environment. The benefits of this from a management standpoint is ridiculous to the point where the operation can run itself. The benefit to the client in this scenario is quite simple when the agents and managers are performing at their best and they feel secure at home and at work, the attrition rate drops drastically from the national average of 17-44% depending on the size of the BPO in 2019 to FTO’s posted monthly attrition rate of 2.4%.

What is your unique view on skills assessment?

Fair Trade Outsourcing is intentionally not a credentials-based employer. Instead of qualifying individuals based on diplomas or college educations but rather the skills that they can offer and the value that they can create. The way that they have designed to assess those skills and to tie that into their overall economic model was to build a truly robust skills assessment framework. Once an agent is hired they undergo a cycle of learning experiences and benchmark tests so that learning is the first thing they do upon entering the facility. Employees have the continued opportunity to develop and improve their capacity allowing for a progressive workforce with significant personal and economic growth.

What is an example of a recent success?

As a result of the COVID-19 Pandemic, FTO was approached by a very large global enterprise client and asked to ramp quickly in order to support the movement of the client’s entire proctoring operation online. FTO tripled the client’s workforce in under 45 days including hitting a 1-week record of bringing in 140 new agents across only 2 sites. With the help of Mike’s team in the Philippines, they were able to add a 3rd site and from the decision to production in just 17 days!

A really good cup of coffee and reading the Economist. Every morning Mike starts his day by learning about the global economy so as to stay informed on behalf of his company and the employees that rely on him, but the clients that he serves.

Some of Mike’s parting words were incredibly heartfelt and truly shows where his passion is…in serving and representing his people. He invites all business owners, executives and entrepreneurs to “Just Pause” and consider the journey of your agents in a much more holistic way. To take into account their economic lives, their home life and family. As executives we have a lot of power in our P & L’s and how we allocate resources?.

Your Product is Your People. Don’t be afraid. You have more power than you think to lead your people into a better place for themselves, for society, and for the world at large.

If you would like to learn more about Fair Trade Outsourcing or would like to meet Mike Dershowitz, please contact us today to schedule an introduction. You can also reach out to Mike directly at Mike@fairtradeoutsourcing.com.