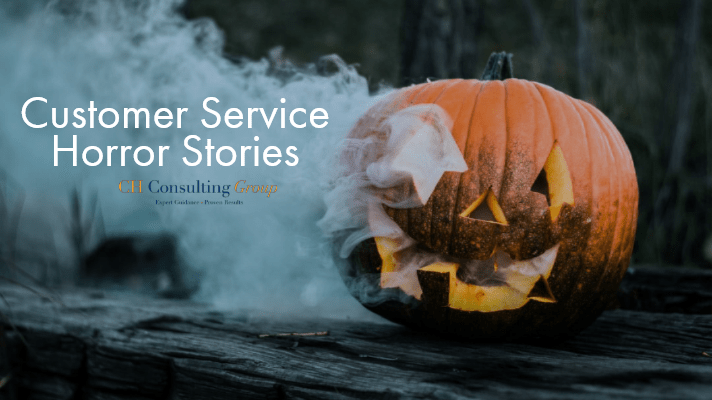 Providing great customer service is no easy feat. Mess up and your company is in for a wide scale public criticism. Just take a look at the companies below. Here, we round up three customer service horror stories that are so bad it feels like a scene from your worst nightmare.

Imagine the frustration of getting charged for a service or product you never ordered. That’s how Comcast’s customers exactly felt after getting billed for unwanted add-ons. This led the Federal Communications Commission (FCC) into probing the cable company. In 2016, the FCC hit Comcast with the largest fine it has ever levied to a cable operator. Comcast had to pay the fine for charging customers for services and items they never purchased.[1]

According to the FCC, they received over 1,000 complaints from Comcast customers. Plenty of them even told Comcast that they don’t want said services and equipment, and yet they got charged anyway. Comcast agreed to the fine without pleading guilty. Instead, the company blamed its poor customer service and human error. In a statement, Comcast agreed to address the issue through customer service-enhancing changes.

Equifax was the target of the largest data breaches of all time. Hackers infiltrated the agency’s system between mid-May and July 2017. This breach gave criminals access to valuable data. This includes names, birthdays, addresses, driver’s license numbers, and Social Security numbers. The incident exposed 143 million Americans to threats of identity theft.[2]

But what makes the incident more troubling is how the agency handled it. Equifax waited a month and a half upon its discovery before announcing the breach to the public. To make matters worse, Equifax forced consumers to give up an important right. This is their right to join a class-action lawsuit. The company set up a dedicated website where customers can check if their account was hacked. All they have to do is sign up for free.

However, the website’s terms of service included a clause about forced arbitration. Arbitration is a form of negotiation that consumers rarely win. It usually results in less money recovered for consumers[3]Equifax later cleared the said clause although it already created much confusion.[4

Story #3: Dragging off the incident at United Airlines

When Dr. David Dao and his wife were about to fly home via a Kentucky-bound United Airlines plane, they never thought things would get bloody. Their worst nightmare started when they were chosen to be involuntarily booted out of the plane due to overbooking.[5]

Gate agents asked the couple to de-board the plane when no one volunteered to give up their seats. The two initially agreed to take a later flight. However, they changed their minds when they learned the next flight wouldn’t leave until the next day. Upon refusing, three Chicago Department of Aviation security officers dragged the doctor out. The officers carried Dao down the aisle by his arms and legs while the passengers yelled in protest. He continued to resist, and upon doing so, hit his head on an armrest. His face bloodied, he ran back onto the plane, much to the other passengers’ horror.

The Chinese doctor then woke up in a hospital with no memory of getting dragged off the plane. He suffered a concussion, two lost teeth, and a broken nose after the commotion. In an interview, Dao recalled how he “just cried” after seeing a cellphone video of the 2017 incident.[6]

Things got worse for United when its CEO, Oscar Munoz, issued a half-hearted apology. Videos of the doctor getting dragged went viral. The incident left the Chicago-based airline in a hot seat. After intense criticism, United made several policy changes in handling such situations. This also led other airlines to follow through.

CH Consulting Group provides unparalleled expertise in the Contact Center and Customer Experience (CX) verticals. We have a nationwide team of industry veterans that can assist you to achieve exponential growth, manage change, and generate profit. For a comprehensive CX assessment and strategic plan customized for your unique business needs, connect with us here today.